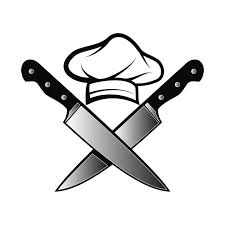 How I became a chef…… sound familiar? 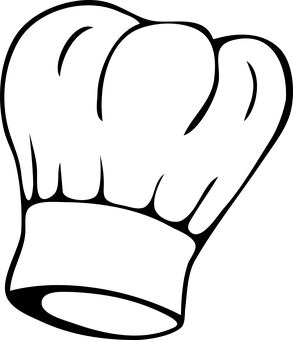 At 14 years old, I had become adept at cooking basics such as scrambled eggs, full English’s, Sunday roasts, braised brisket etc. But I had no idea I wanted to be a chef. All I knew was my Dad going mad at me using a knob of his beloved Anchor butter in scrambled eggs because I thought it was a means of enrichment. I thought so, but he wasn’t impressed, so why would I want to be a chef if I wasn’t pleasing my diners?

My mum asked me what job I wanted to do when I started the 4th year at school and I replied ‘no idea’ with a shrug of teenager shoulders, so a plot was hatched by parents and they slowly corralled me into training as a chef. They even covertly applied to Hull College of Technology and ordered a bus pass. I was then told I was to become a chef and see the world. Box ticked.

During the drought summer of 1976, I worked in greenhouses to earn money for college. This is where my love of gardening awoke and learned so much about commercial crop growing. I loved it and I was only a breath away from cancelling catering college to take up a career in agriculture. I didn’t, so here are a few experiences from my formative chef years. Enjoy.

It all started day one at catering college, 7th September 1976. Our lecturer, Ray Cotton, an ex Warrant Officer in the Army Catering Corps, sat us down in our pristine chef whites and started to wiggle his fingers at us.

He asked “what are those special books deaf people read with their fingers?”

We all responded ‘Braille’. Mr Cotton reminded us that Blind people read braille, not Deaf, it was my first lesson in listening wisdom.

When I started part time at Cave Castle Hotel in East Yorkshire in December 1976, I thought I would be attached to a chef who would show me the ropes and be cautious about giving me a lot of responsibility – no chance of that. My first job was taking charge of a marquee kitchen preparing prawn cocktails and cooking & serving chilli and jacket potatoes for a 225 staff party. Bear in mind, City & Guilds trains you to bake a jacket potato rubbed in a little olive oil and seasoning, but when I saw over 250 potatoes wrapped in foil in massive pans of water on a propane stove, it was a shock. It was what had to be done given the circumstances I suppose.

Added to this, my kitchen was also the back stage changing room for Mike & Bernie Winters who were popular TV personalities in the 70’s. I guess that experience would be called a major head spin for a 16 year old but I survived and 225 revellers enjoyed their chilli and got absolutely smashed at their companies expense. I finished at 12.40am that night, the latest I’d ever been up outside of New Years Eve. But for me, I was hooked and woke up to the opportunities and realisation that I had to take on massive responsibility only a few months after leaving school.

How not to upset the head waiter

Ron Howlett, my first head chef, was in his day a menu trail blazer. Our A la Carte menu was massive with circa 38 starters and 44 mains courses, plus flambé in the dining room and a good old-fashioned dessert trolley. Our menu was our USP and our restaurant was full every night. Table d’Hote was for other restaurants, not us.

From memory, Ron had to introduce at least 16 new dishes with every menu change and in my first year he discovered tinned Parma Ham. The ham was very thin and tightly packed, and it was down to me to present it with melon. Without realising it, I had been serving the ham with the ultra-thin cellophane that separated the slices. Guess where our Italian head waiter was from? Parma in Italy. He was quite agitated. I was there to learn and as he was a veteran with more knowledge about Parma Ham than most of East Yorkshire, I made sure it was just the ham I served, after him uttering something complimentary about me in Italian…….

How many fingers do humans have?

My lecturer Ray Cotton would add levity to our lessons by asking how many fingers we had. ‘We have 10 fingers Mr Cotton’ I replied. He said ‘no, you Paul have 11. He showed us 2 hands, counted back from 10, 9, 8, 7, 6 on one hand, add 5 from the other hand, and that makes 11’ He turned and walked away leaving me to think ‘Errrr! what just happened?’

I realised it was him keeping us on our toes and using some of the tricks he’d learned in the Army to keep focus. Try it on youngsters, it’s amusing seeing their faces working it out.

A logical answer required? Not to a 17 year old student chef.

Mr Cotton would catch you out and ask us wacky questions such as ‘what is twice the half of two and half?’ We would give him every answer but ‘Two and a Half’ but it made us stop and try to calculate the conundrum. Importantly, he asked these questions in the thick of service because he wanted us to be able to compute multiple actions at times of pressure. This newly emerging life skill became crucial when we went into the big wide world.

My Dad tried his best.

Before I started college and working at Cave Castle, my Dad told me that for the next few months, I would be like a cat staring into headlamps. Every day there would be experiences, people, moods, reactions, impatience, confusion, anger and pressures I’d never seen before. I said, ‘Thanks Dad, I know your trying to help. Did you go through the same thing at my age?’ he said ‘Yes son, but I had bombs and shrapnel dropped on my head every day from Mr Hitler, with very little to eat because of rationing and was forced to listen to Vera Lynn on the radio instead of the Rolling Stones, Pink Floyd and ELO’. It was his way of saying he had it harder than me.

Books unlocked my creative side.

Even on days off, I would go into the kitchen and watch. I would talk to Ron and the other chefs, laugh at their jokes and absorb how they worked and coped with Mis en Place and service.

Ron could tell I had a creative soul, so he loaned me his International Confectioner (IC) book. I was amazed that human hands could create masterpieces out of sugar and chocolate. I’d never seen some of the dishes and ingredients featured in the book. It blew me away and awoke the aspiration of becoming a pastry chef. Eventually, Ron put me in charge of Puds and dessert trolley, and told me he wanted at least one new dessert to feature every Saturday night. I relished the recognition and read every page of the IC, The Repertoire, and pretty much every book about modern cuisine that year. I understood we had an ex Hungarian Princess who dined with us every other Saturday. She was a lovely lady and one Saturday I prepared Separated Lemon Syllabubs in elegant champagne flutes dipped in red sugar. These were a sensation for the Princess. So much so she came into the kitchen, shook my hand and told me I was very talented. It was like winning the lottery. She was the first diner ever to come into the kitchen to personally thank the team.

I think, that was the moment the feared Mr Mangan, the stern hotel owner, finally knew who I was and merited me as a chef in his kitchen brigade. His nickname was ‘Big M’ and from that day, my kitchen colleagues allowed me to refer to him as that, on the strict proviso Mr Mangan never heard me say it. That was a special weekend I will never forget, and I was still only 17 years old.

Guess what? Mr Mangan heard me referring to him as Big M.

I was tasked to make a cup of tea for the kitchen team. Innocently I called out ‘do you think Big M would like a cuppa? The kitchen went silent. A few deep breaths were heard, a pan lid spun like a top and I was in the wild west staring down a gun barrel. Or that’s how it felt. I heard Mr Mangan’s usual cough before he spoke and he said, ‘Big D, I’m not sure who said that, but it’s an excellent idea, 2 sugars’. At first, I didn’t understand who Big D was, then realised my surname is Denley. Ron ordered me to defrost the freezers out back and keep out of sight for a few hours – But Mr Mangan knew the first letter of my surname!!!!!!!!!!!……. Halcion days.

A moment of exam madness

At secondary school, I was a shy student who kept a low profile and feared certain teachers because I naively thought they were out to make my life a misery. I chose GCE Human Biology and punted I would not get the dreaded Mr Edgar.

I got Mr Edgar.

He could see I was fond of sitting behind the biggest bloke in class and didn’t say much, so in true Mr Edgar style, every time he did an experiment he called me out to assist. After time I could feel confidence grow and quickly switched on my love of the subject and learning became easier. Fast forward to starting college, in our Nutrition classes, I had such a knowledge of the human body, digestive system, skeleton and big scientific words like Pyloric Sphincter Muscle, I was immediately recognised by the teachers, which in turn made me feel super confident, and made college feel ‘easy’. I didn’t walk around college, I strode. Mr Cotton set an exam at the start of the second year. In true over-confident form, I didn’t read the instructions, answered the questions, got up and walked out. 75 minutes later, my fellow students started to appear and I asked how come you’ve taken so long? They said, how come you disappeared so quick? ‘Because I’d answered all 3 questions’ I replied. But there was 7 questions Paul! I began to feel sick. All I remembered was Mr Cotton saying, “this is a must pass if you wish to continue on this course”……. By some fluke, I passed with 59%, in other words I answered the 3 largest questions correctly and after getting a major bollocking from Mr Cotton, another life lesson was learned. I never did tell my parents about that one, but my bubble was well and truly burst. The madness of a confident teenager.

About the Author: paul