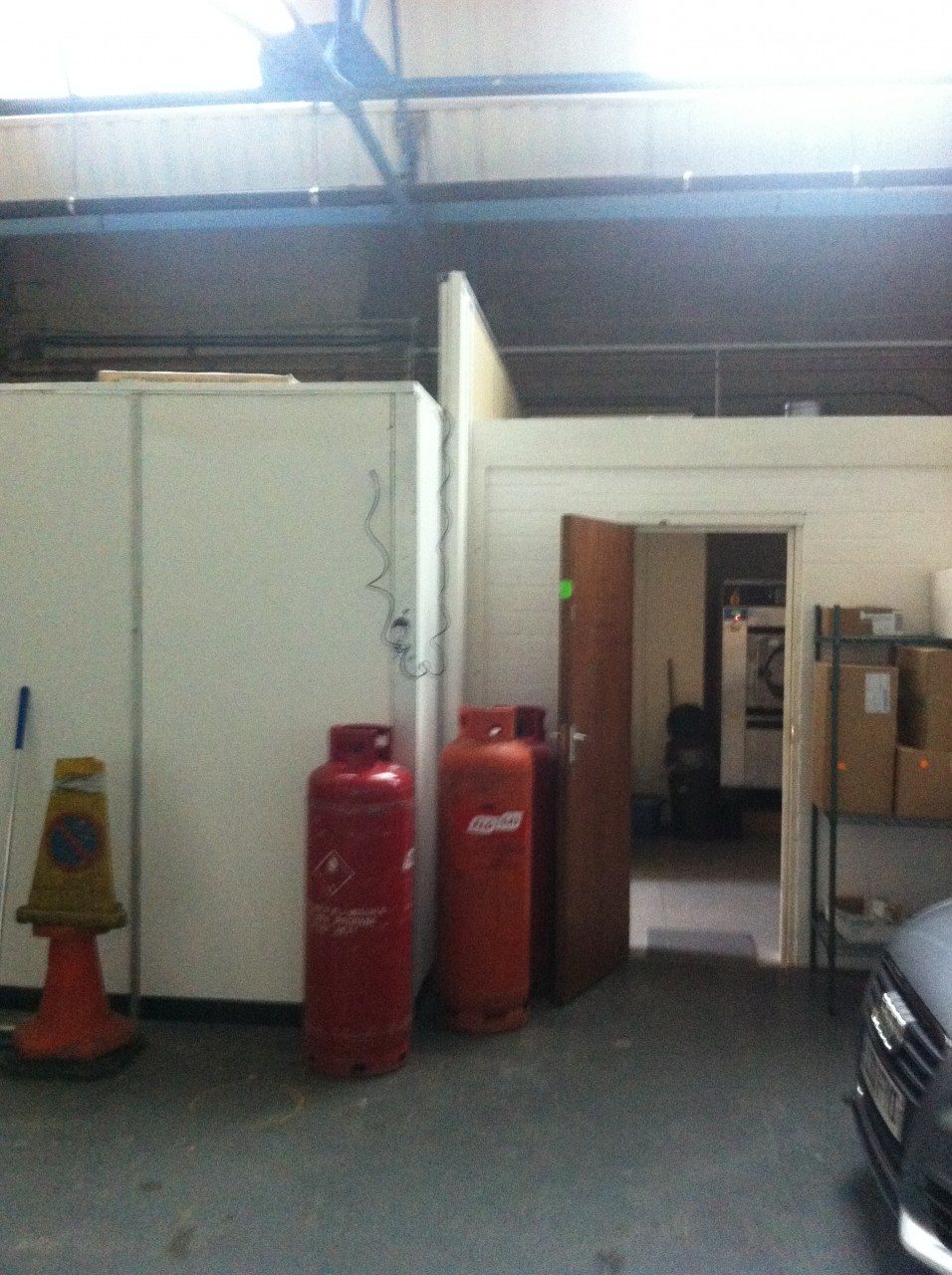 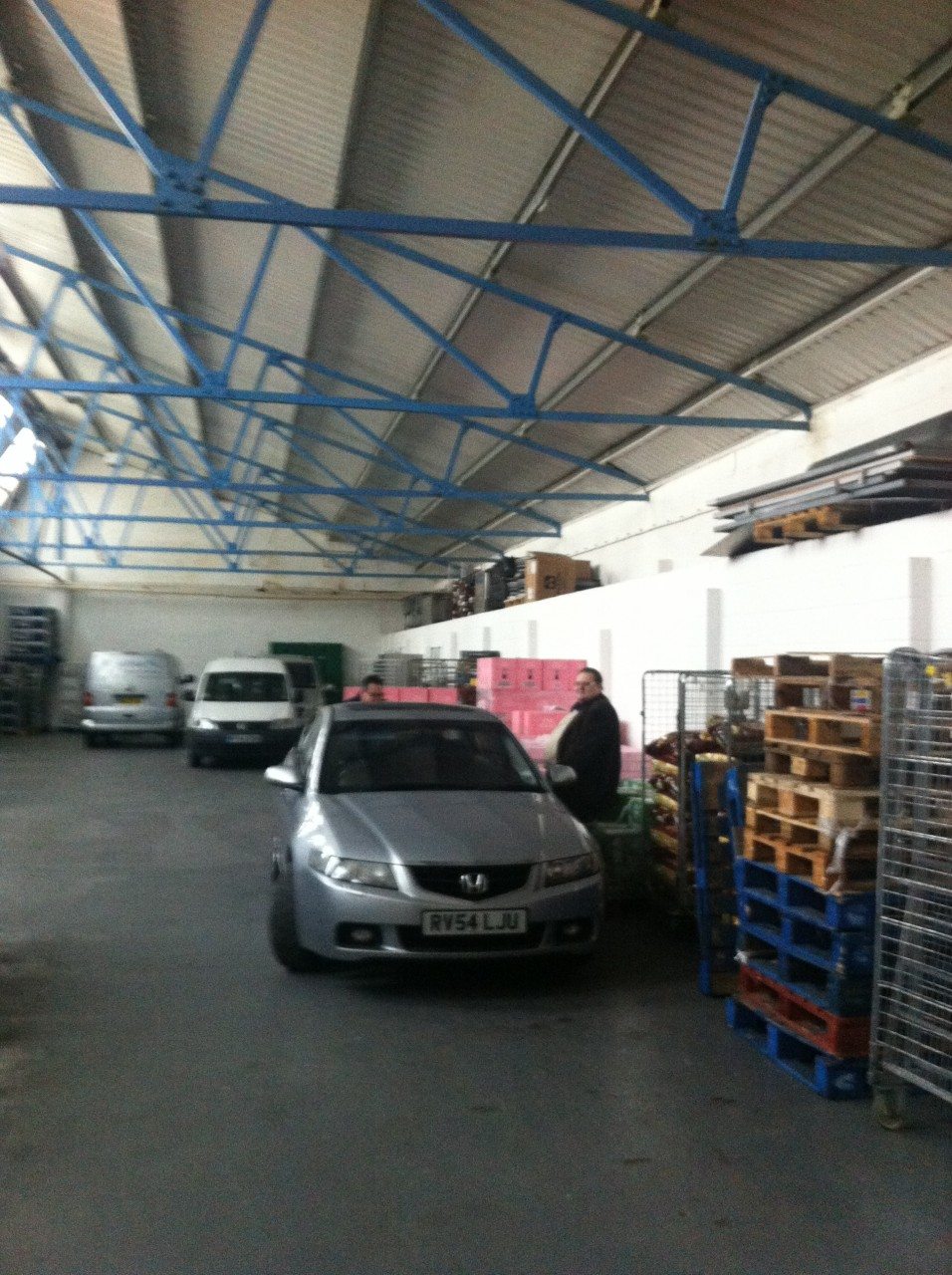 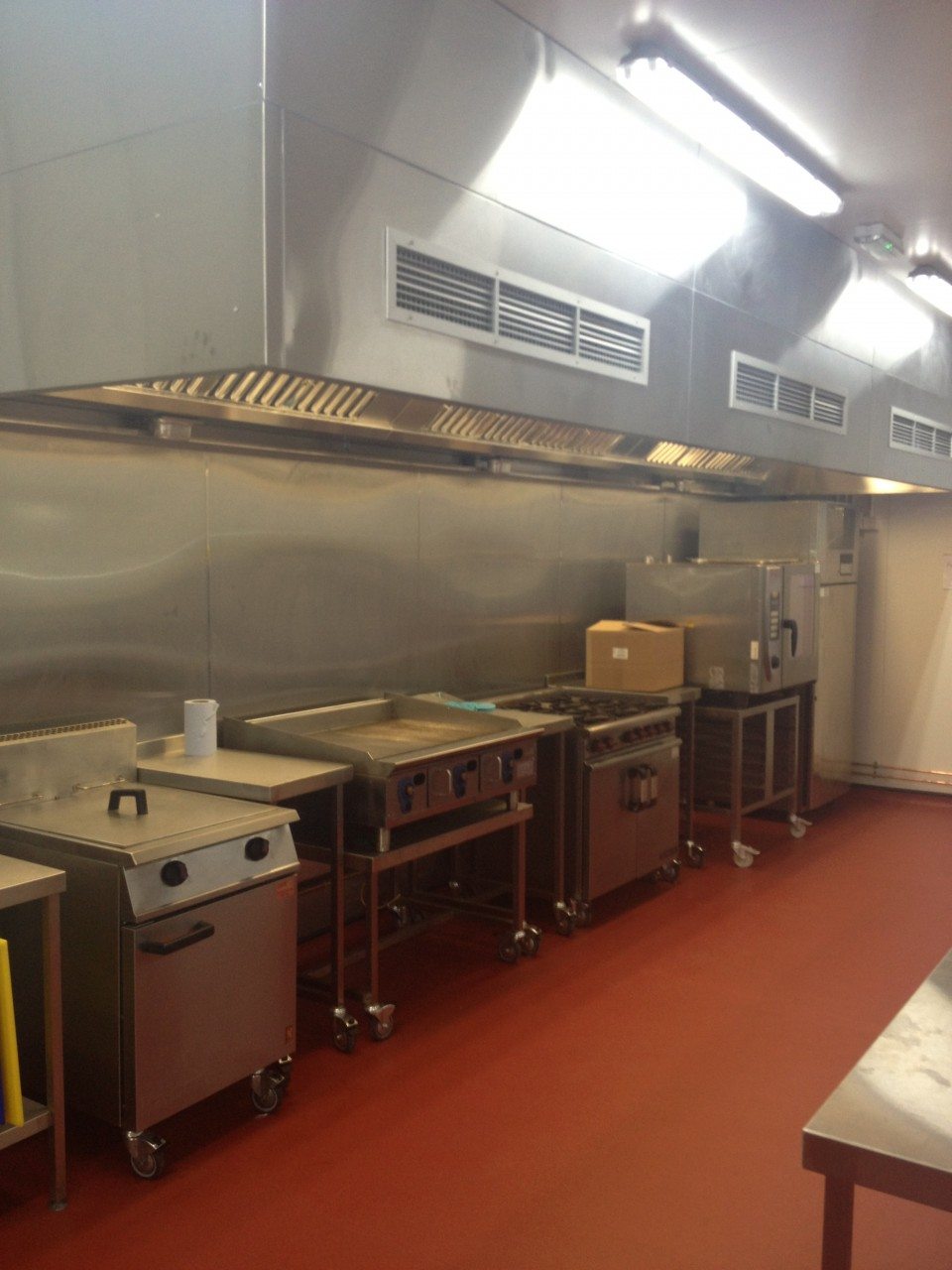 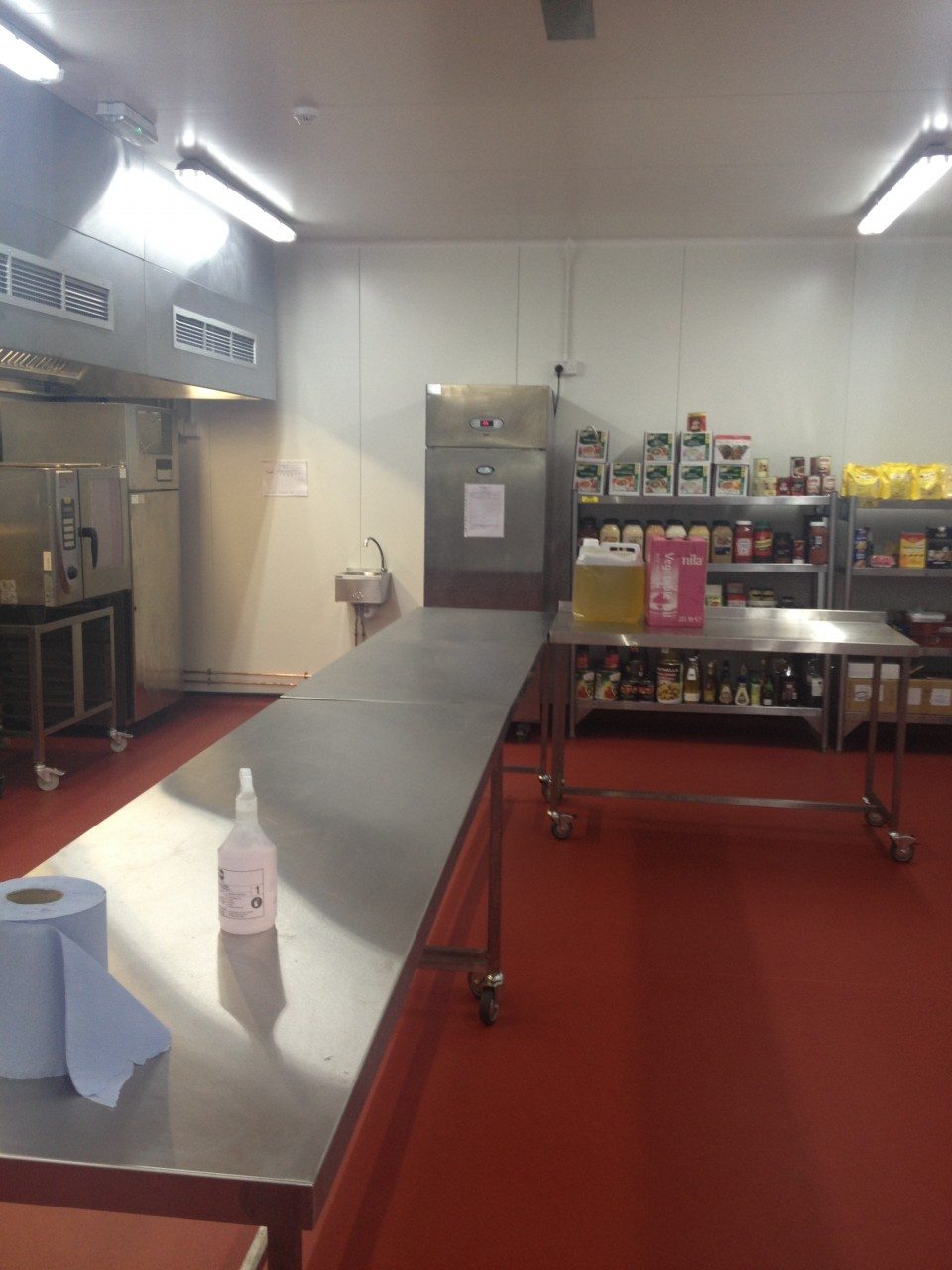 Please note this item is sold however we have new items coming in daily so please contact us to discuss alternatives.

In April this year, Caterquip were contacted by client Royalblue Executive Services to inspect a potential site for expansion of their current premises near Heathrow airport. Established in 2004, Royalblue have been creating and supplying fine cuisine exclusively for the executive jet industry. Using fresh, locally sourced produce, they cater for a wide variety of dietary requirements, and transport the food from their catering premises directly to the aircrafts.

With exciting new contracts and opportunities in the pipeline, the company had outgrown their premises and were looking to expand into an old storage facility, originally used for weapons and ammunition during the war.

As seen in the photographs, the site was in desperate need of repairs with cracked flooring and rusting roof trusses. We understood it would be a challenge to project manage a task of this scale and build a commercial kitchen within the space – especially with high airline food standards to adhere to, but we could certainly see potential in the space and soon got to work.

Pictured above: the original internal structure of the old artillery facility, used as a storage unit.

In order to design an ideal kitchen layout for the client, Caterquip teamed up with Royalblue’s general manager and executive chef to better understand their requirements. There are many considerations when designing a commercial kitchen layout, including:

Armed with a tape measure,  pencil, and paper,  the team measured every inch of the site and produced a series of potential designs. Once the client was happy and the final design decided upon, we marked out the areas to the correct measurements on the floor in preparation for the next stage.

To build a fully functioning commercial kitchen, our next task was to lay the structural foundations. Having first secured the floor tracking, we installed the internal walls constructed from PIR panelling to divide the space into separate areas. Polyisocyanurate – most commonly known as PIR – is made from a thermoset plastic which is typically produced as a foam, and is often found in roof insulation and vertical walls. The panels ensure that the internal walls are fire-proof, food-safe, and well insulated; ideal for a commercial kitchen environment. Although the client originally intended to construct the walls from building materials with a cladding finish, the PIR panels perform the same task and are additionally more cost-effective.

Next came a bigger challenge: installing the new ceiling. Due to the lightweight nature of the newly installed internal walls, the ceiling would need sturdy drop-support from the existing roof. Following an industrious two weeks, the internal walls and ceiling were all fitted and passed for safety.

We then met with reputable flooring contractors, gas installers, electricians, and an extraction company to plan all electrical wiring, gas, and plumbing specifications which were fitted within three weeks.

Stage 3: Installation of the equipment

The cooking area
When it came to equipment installation, we firstly delivered and installed the cooking appliances, all of which were reconditioned. Appliances included a Falcon double gas fryer, a gas griddle from Electrolux, a Moorwood Vulcan 6 burner range, and a 6 grid combi-oven from Rational (pictured in image four). Our floor plan was designed to enable Royalblue’s kitchen staff to logically go from process to process with ease, from the removal of raw food from the fridge to the delivery of the finished produce to the airport.

Dry storage and preparation area
Caterquip supplied pre-owned storage racking and stainless steel preparation tables which were custom-made and positioned centrally for Royalblue’s chefs to work either side, thus maximising the floor space.

Dishwashing area
Essential to the daily operations of a commercial kitchen, the team fitted a new dishwashing area. Complying with strict health and safety guidelines, we secured through the floor design that the dishwashing area was situated away from the cold room to ensure that raw food would not cross the path of any soiled dishes.

We supplied a pre-owned sink which was cut to fit the space, pictured in image ten. Other dishwashing supplies included a dishwasher, exit table, racking space, and waste disposal for a practical solution for Royalblue’s cleaning process.

Cold and freezer rooms
The cold and freezer rooms were built from pre-owned cold room panels, complete with brand new refrigeration systems. Previously a laundry room, the cold room was fitted off the main kitchen area so that food produce could be wheeled in with ease from the preparation area. The final installation was the freezer room which was built to spec and erected at the rear of the unit. As a consequence of supplying pre-owned cold room panels instead of brand new, we were able to save the client almost £5,000.

Royalblue were delighted with the finished result. By fully managing the project from design to installation, we ensured that the process was hassle-free, and produced a good quality, efficient kitchen at an affordable cost by supplying pre-owned equipment.
(Quote from client?)

There are no reviews yet.

Or fill out our enquiry form

Caterquip fully understood our requirements in terms of our catering operation, and communicated clearly at every step. The kitchen design was expertly planned, with careful consideration given to each area. The space was transformed into a fully-functional kitchen which would allow our kitchen staff to work with ease.

We saved thousands of pounds by using Caterquip's services, and are still delighted with our kitchen. The pre-owned equipment supplied was not only cost-effective but in excellent condition and able to perform well under the strains of a busy commercial kitchen. We will certainly use Caterquip's services again in future. 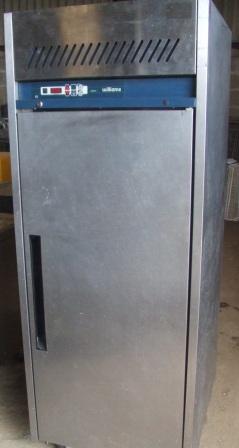 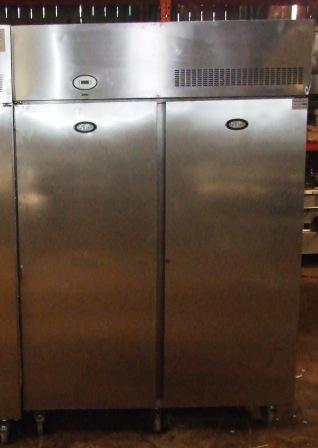 Built to outlast other products, this 2 door upright freezer from Foster is a reliable, sturdy appliance manufactured from high-grade stainless steel. 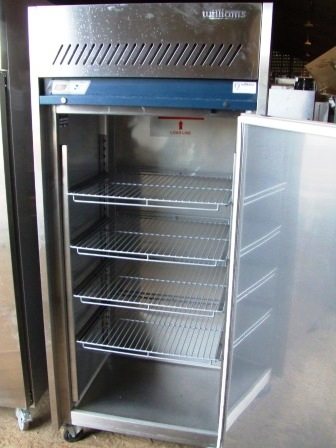 COVID-19 Update: We are still operating as usual without delays, keeping our team and customers safe. We will update you if anything changes. Dismiss